It's time to start your adventure

As we always try respect the uniqueness of our customers and take into consideration the fact that they decided to spend their holiday on gulet Anđeo, we always want to make it a memorable one. That is why we arrange customize cruise itinerary with each group.

Croatia is a beautiful country, not only as a catchy tourism slogan, but there really are numerous places, small towns and bays worth seeing along the coast. Each of them tells a story about our eventful history,  holding traces of different nations and cultures that came through, leaving always something behind and building gradually architecture and way of life as we know it today.

Besides history and tradition, Croatia has much more to offer, beautiful scenery, clear, deep sea which in different parts changes colour in all kinds of blue shades, from turquoise to navy blue.  Because of archipelagoes that run along the whole shoreline, the Adriatic is a well-protected sea, and there hardly isn’t a place where you can’t find a  safe harbour.

Our charters usually last for 7 days, starting from Split or Trogir and finishing in Dubrovnik or vice versa and each day we visit one of islands of Middle Dalmatia region archipelago (Brač, Vis, Hvar, Korčula, Lastovo, Mljet). Here is what you should know about the destinations. 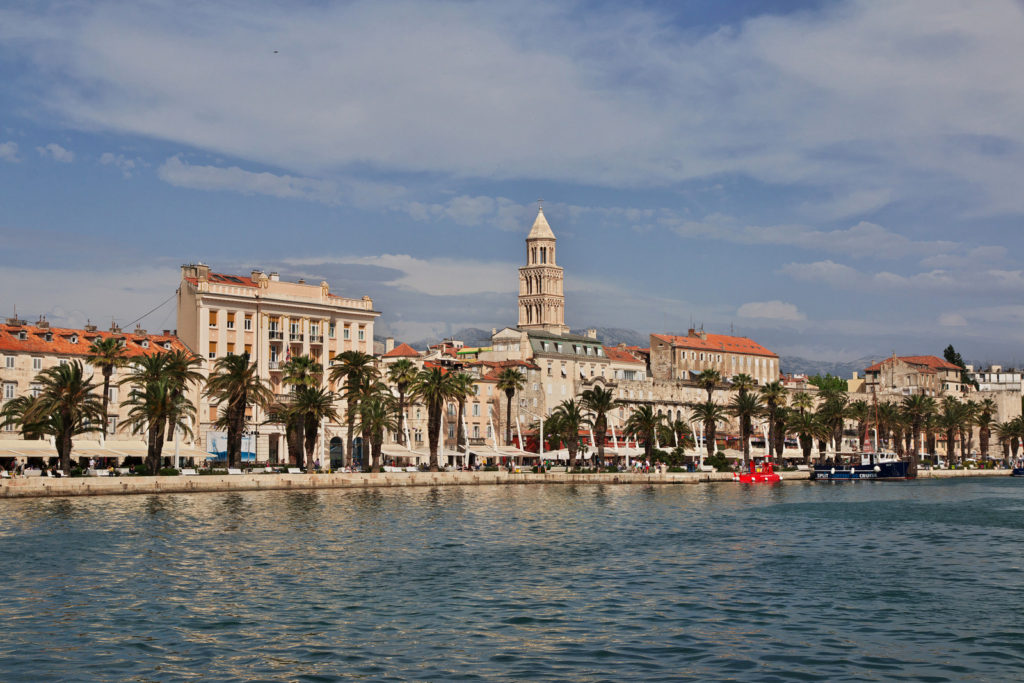 Split is a city built around the palace of the Roman Emperor Diocletian, one of the best preserved and most impressive monuments of the Roman era in Europe and its historic city core has been on the UNESCO’s World Heritage List since 1979.

From other cultural and historic monuments worth seeing there are central imperial square Peristyle, the Golden Gate, the Cathedral of St Dujam and statue of the Gregory of Nin.

Except rich history, Split is also the town of the sport where the famous football club Hajduk was founded in 1911. proud of its trophies and the oldest supporters club in Europe, Torcida.

Visiting Split will offer you the opportunity to enjoy growing number of restaurants with specialties that have depicted Split as one of the most important Croatian gastro-destination. Take also into account the numerous events, from club concerts and parties, music, film and theatre festivals and performances in the Croatian National Theatre. 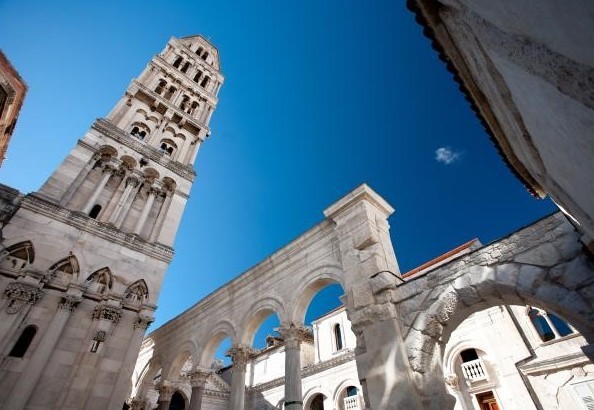 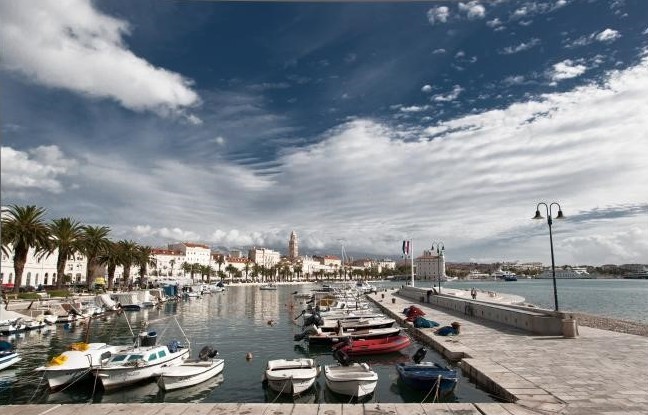 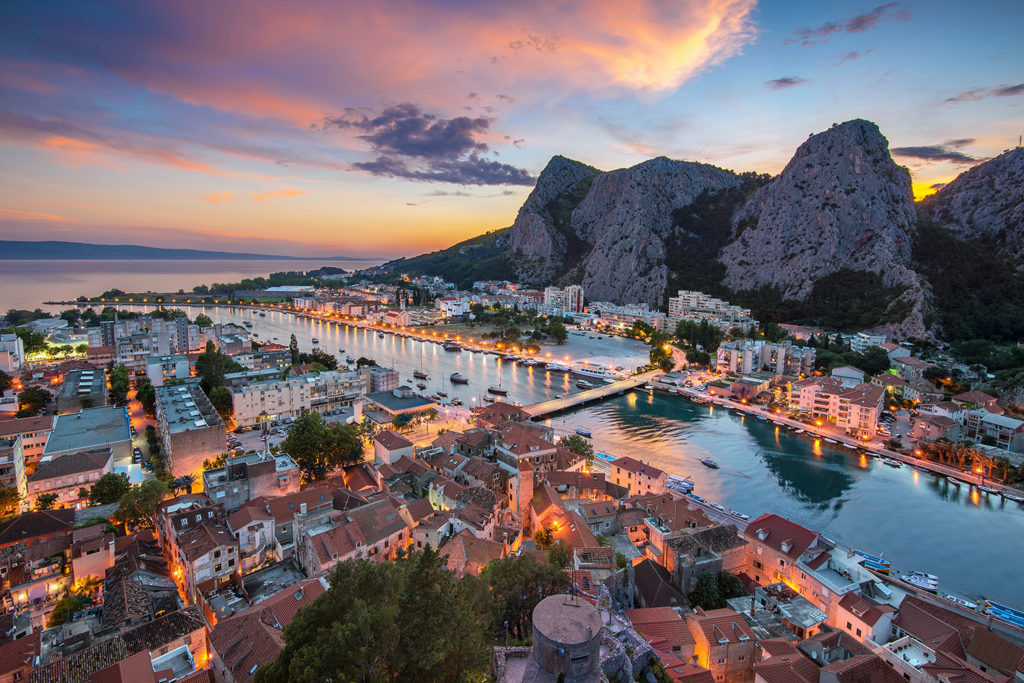 Not many towns in the world count their history in thousands of years, but the town of Omiš is one of them!

The mouth of the Cetina river was first permanently inhabited in ancient times, more than 2000 years ago, and historians believe that the origins of the present-day Omiš are to be found in the small settlement of Oneum, which lay at the very foot  of the impressive mountain guarding the town from the north – Omiška Dinara.

Over the centuries the local people started building their houses closer to the sea, and for a very good reason. The inhabitants of medieval Omiš were, as a matter of fact, pirates!

Just above the roofs of the old town, as a permanent reminder of the glorious pirate history, stands one of the most famous Omiš landmarks – the fortress of Mirabela.

The old pirates of Omiš used Mirabela as a lookout over the Channel of Brač, so that rich merchant ships had no way of sailing along the coast of Omiš unnoticed.

If you are spending more than a day in Omiš, a short climb up to the Fortica fortress is something you should by no means miss. A well-marked path leading from the very centre of town will take even the ones not exactly in top form up to the fortress in less than an hour, and once there, you’ll be richly rewarded for  your efforts  by one of the most magnificent views in all of Dalmatia.

Walking through the numerous narrow alleyways of the old town, almost at every corner you’ll discover a quaint little square or a charming house.  One of them is especially cherished by the locals and interesting to tourists. After all, there aren’t many houses in the world with an official name, and let alone a name as peculiar as this one – “The House of a Happy Man”.

Besides great history, there is unspoiled nature oft the river Cetina canyon that offers opportunities for an active holiday, which has enjoyed the status of protected significant landscape ever since 1963.

Although in many ways a typical Mediterranean town, due to its specific location Omiš has for centuries also been a melting pot of different gastronomic influences. Good wine, fish and olive oil make the basis of Mediterranean cuisine dominant along the coast, whereas the villages of Poljica in the town’s hinterland offer famous specialties such as soparnik and Dalmatian prosciutto. 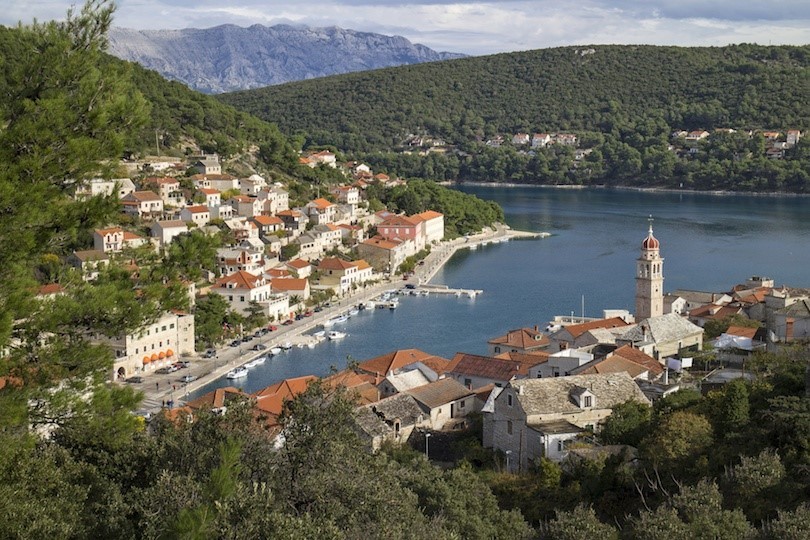 Island Brač is the third highest island in the Adriatic Sea. It is best known for its white limestone used to build many famous buildings around the world, including the Austrian Parliament building and the White House in Washington.

Besides stone, Brač is also famous for its old olive-groves, quality olive oil and excellent wine from Islands vineyards

Pučišća, a quiet place listed as one of the most beautiful small places in Europe according to many websites and magazines, with its stonemasonry tradition and the only existing stonemason school in this part of Europe will blow you a way with its harmonious architecture, serenity and hospitality of its inhabitants.

The Zlatni Rat beach on the island of Brač is a unique natural phenomenon, and it owes its shape to sea currents. Constant winds make sure that this lovely pebbled beach remains a favourite destination for fans of windsurfing. 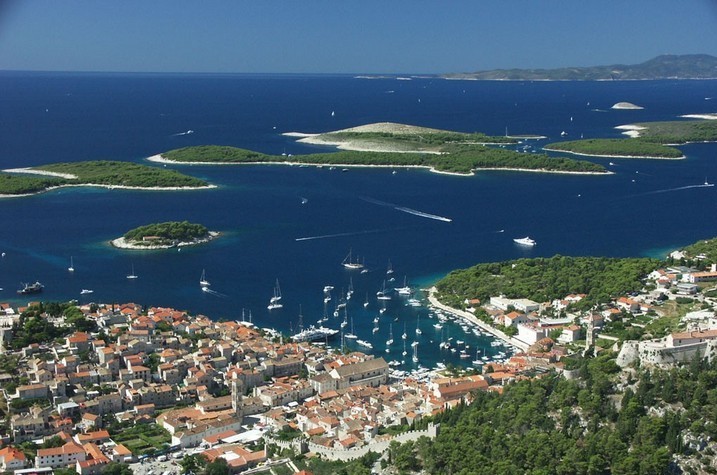 With more than 2800 sunny hours in a year, it is rightfully called the sunniest island in Croatia, it is also listed as one of 10 most beautiful islands in the world. It is located in the Middle of the Adriatic Coast on a geographically important point and historically, in the Center of communication with the Mediterranean.

The most important settlements were Hvar and Stari Grad, although in a slightly different position than today, Hvar had a slightly lower importance compared to Stari Grad. Hvar reaches its fulls wing of development by the founding of the Hvar Commune in the 13th century.

Moderate Mediterranean climate with mild and rainy winters and warm and sunny summers facilitated a thriving vegetation that made the life on the island pleasant. The clean sea thrives in fish and the sunny island slopes are perfect to grow grapes, olives, figs and other Mediterranean cultures. Obviously, other than tourism at modern times, the island is known for its agriculture and production of lavender.

When sailing through central Dalmatia, you must pay a visit to the city of Hvar on the eponymous island (the sunniest island in Croatia – another superlative) and the small Paklinski Otoci archipelago in its vicinity. The beautiful natural attractions are complemented by Hvar’s nightlife and its offer is equally interesting to all visitors, young and old, which makes visiting this gem a unique experience. 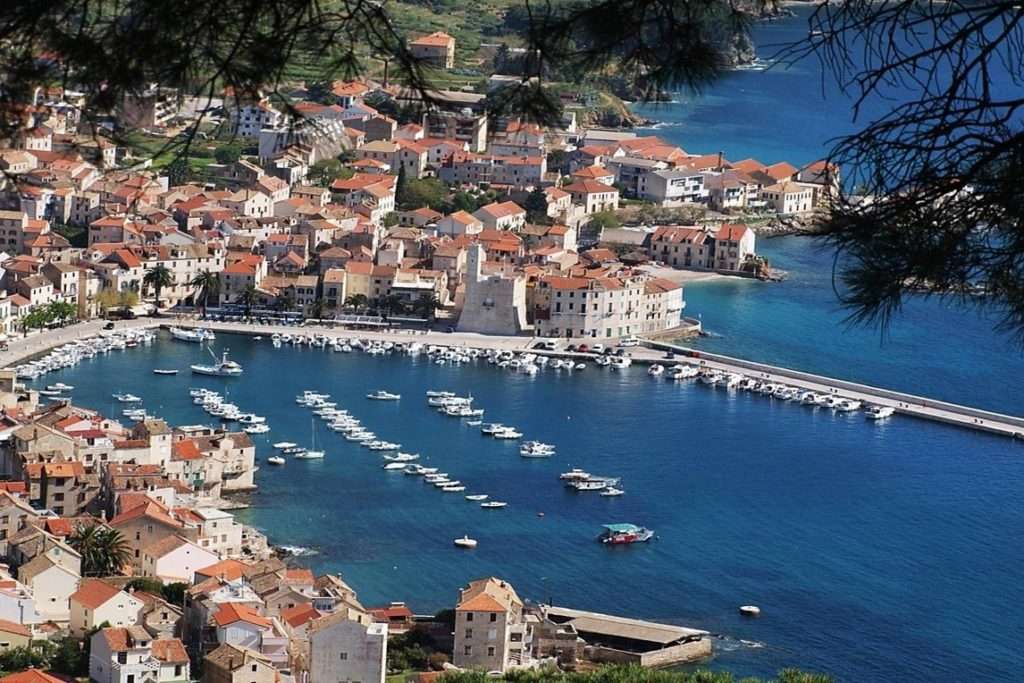 Vis, the furthest inhabited Croatian island from the coast, for a long time in Yugoslavia isolated and used as a military base, today attracts thousands of tourists because of its pristine nature and friendly inhabitants. It offers great harbouring options, and one of its towns, Komiža,  known as the most famous fishing port in the Adriatic, gives you an opportunity to soak up a traditional way of life in the area.

While visiting island Vis you can go to world- famous Blue Cave on island Biševo, cove Stiniva with its amphitheatre shape at the southern part of the island and Budikovac islet with its beautiful turquoise lagoon and pebbled beaches. 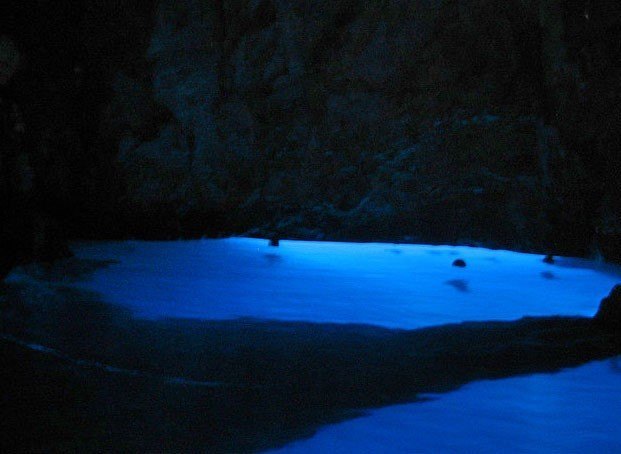 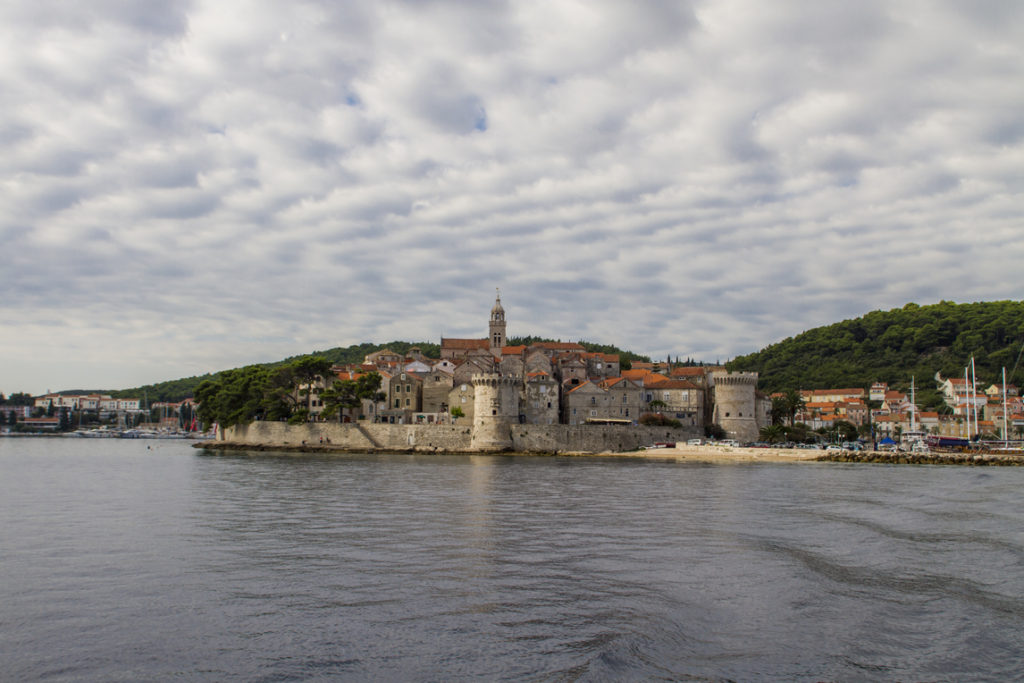 Town of Korčula known as mini Dubrovnik, with its cluster of terracotta roofed houses above medieval fortified walls and round towers, where the sword dance Moreška, a well-known folk drama/dance, which used to be played all over the Mediterranean is now solely performed.

Korčula Old Town is a typical medieval walled Dalmatian town, with its round defensive walls and towers and red-roofed houses where Marco Polo the famous world-traveller and writer, as well as a Venetian merchant, is reputed to have been born.

As far as the local cousine goes you can try Žrnovski makaruni (homemade pasta) grilled fresh fish or stewed meat. 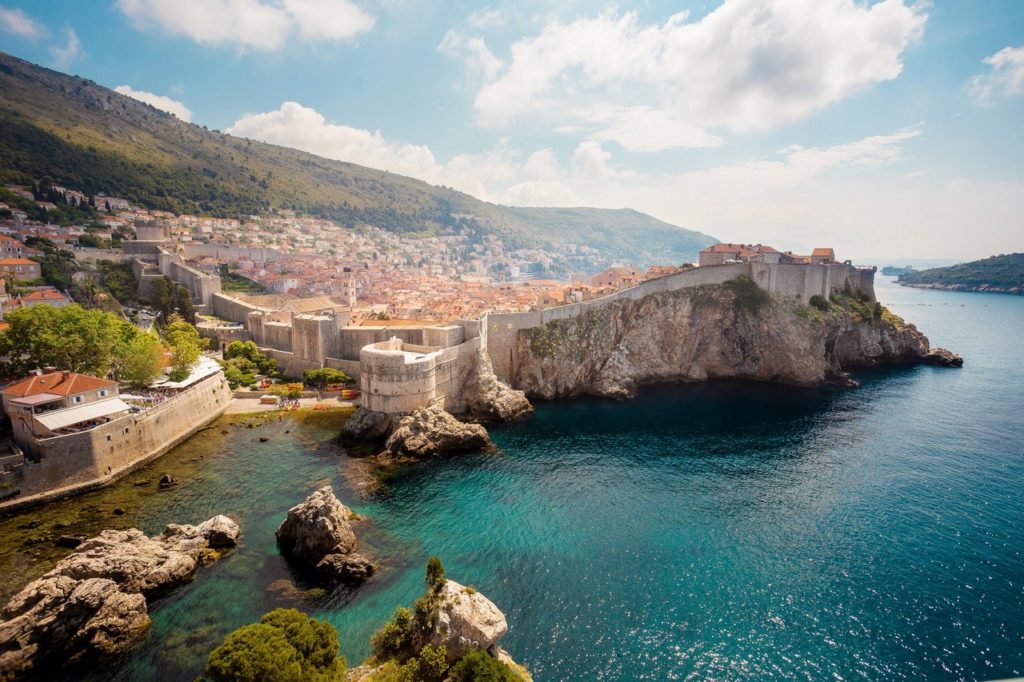 The crown jewel of the Croatian Adriatic is the city of Dubrovnik, surrounded by mediaeval stone walls not to be missed when sailing in the south of Croatia.

History is alive in every part of this city – as museum city and at the same time a live stage, it represents a perfect cross between the past and the present. Protected by UNESCO World Heritage status since 1979.

The city is a destination of culture, as witnessed by its many festivals, prestigious art happenings, major open air events, excellent artists and athletes, and, last but not least, its architectural treasures.

Today worldwide known as a scenery for the Game of thrones.

If you decide to spend an afternoon in Dubrovnik, you can go to the cable car running from old city to Srdj hill just above the city. The ride takes about 5 minutes and it is a magnificent view from top of Srdj hill down to the city and neighbouring islands. 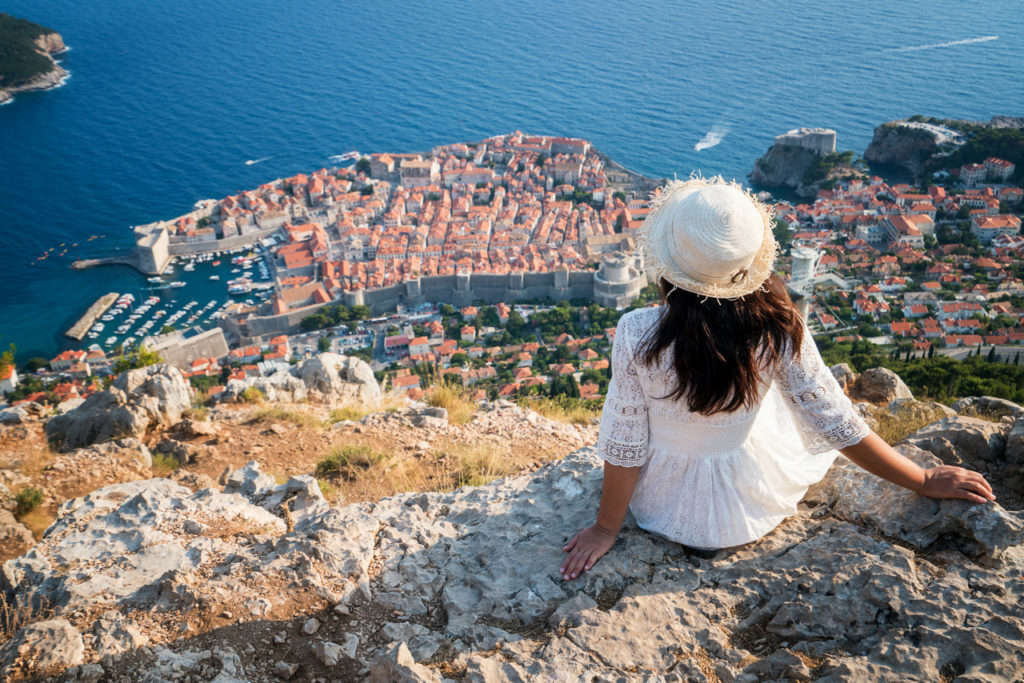 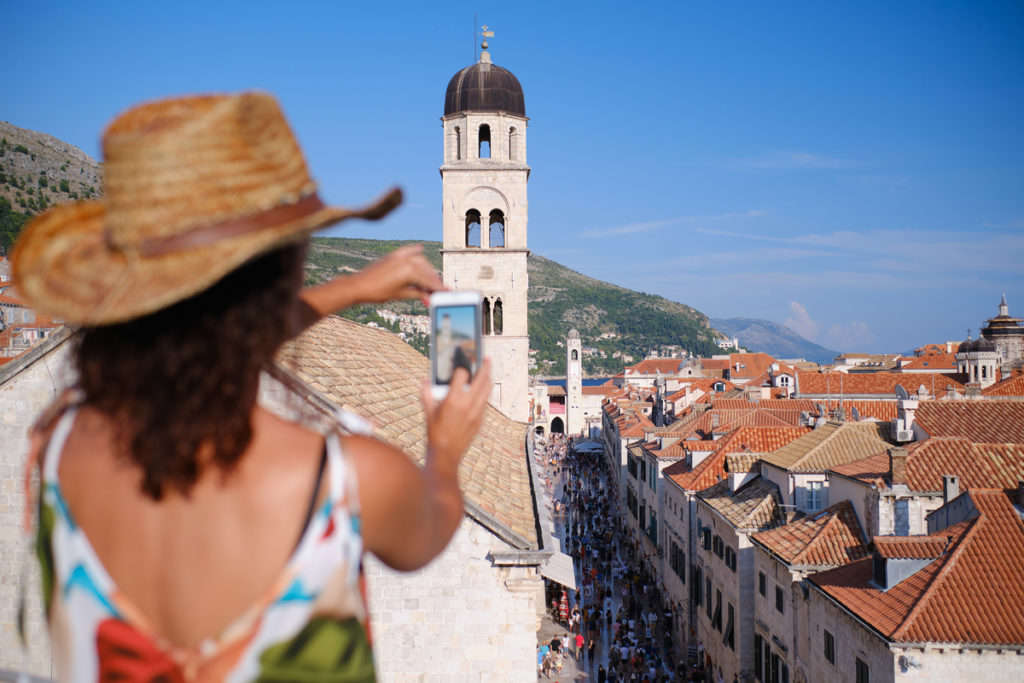 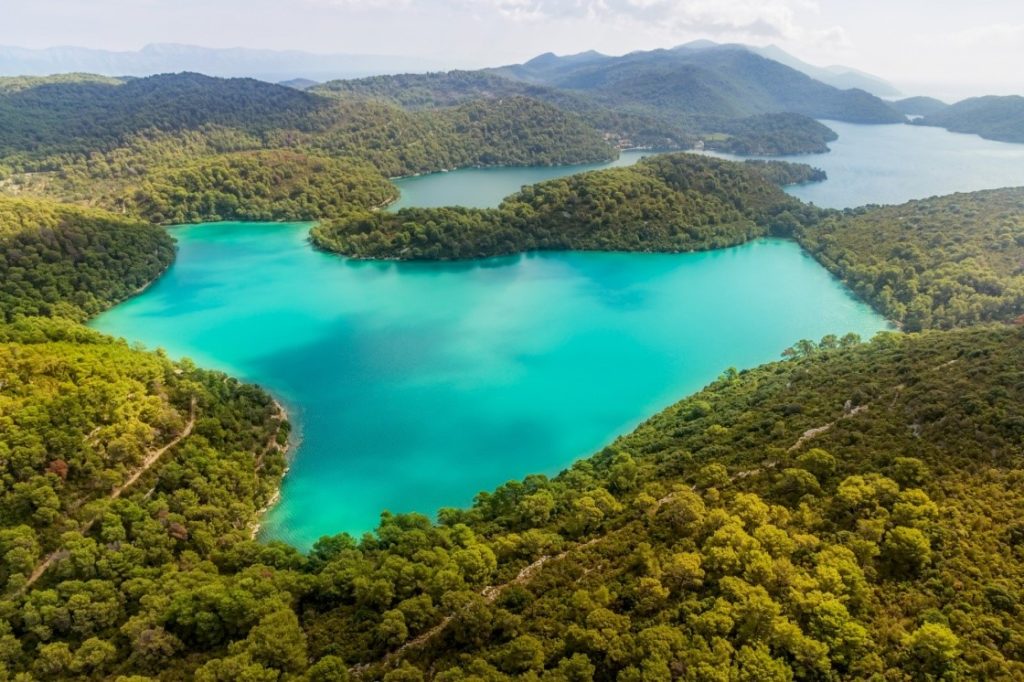 Mljet, the most forested island in the Adriatic and one of the most beautiful pearls of the Mediterranean.

Mljet National Park makes up most of the island, and there are several villages, two salt water lakes – Big and Small lake, and a Benedictine monastery on the island of St. Mary. In Polače there are some of the best natural anchorages in the Adriatic.

Preserved from the Illyrian period, there are many fortifications and tombs, and the best preserved are those on the hill of Veliki Gradac, Veliko jezero and the fortress at Vodice, above the water source at Vodice at Babino Polje. The Roman Palace, which is the largest after Diocletian’s Palace in Split and the Arena in Pula, is a part of the valuable heritage of the island of Mljet.

Travel & Explore Croatia coastline. We will answer all your questions and set up cruise program for you.

Send an inquiry
Scroll to Top