Your Dream Vacation is Here 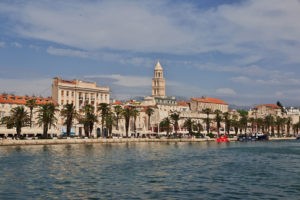 Split is a city built around the palace of the Roman Emperor Diocletian, one of the best preserved and most impressive monuments of the Roman era in Europe and its historic city core has been on the UNESCO’s World Heritage List since 1979. From other cultural and historic monuments worthseeing there are central imperial square

Dive straight into the feedback!Login below and you can start commenting using your own user instantly